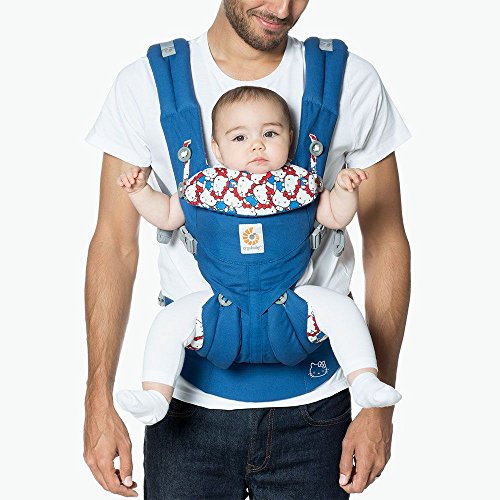 How To Buy The Ergobaby OMNI 360 Baby Carrier - International Shipping

Looking to buy the Ergobaby OMNI 360 Baby Carrier from the United States and get it shipped internationally to your country? Just follow our simple guide to get it delivered cheaply and efficiently.

Step 1: Sign up for a shipping forwader
For the Ergobaby OMNI 360 Baby Carrier, we recommend MyUS.com because we’ve personally shipped more than 1,000 packages with six different package forwarders and MyUS has the lowest rates, is tax-free, and is the most popular U.S. shipping forwarder by far.

MyUS will receive your Ergobaby OMNI 360 Baby Carrier and then ship it to any country worldwide. And if you have any issues placing your order, MyUS’s concierge service can place the order for you.

Details: Ergo baby is thrilled to infuse our latest collection with Hello Kitty’s love for life, because we want that love to carry you and baby through your everyday journeys. The Omni 360 grows with your baby from week 1 to 36 months and will support a child up to 45 lbs. You can have it all in this carrier. MAXIMUM COMFORT FOR BABY – With its innovative ergonomic seat that gradually adjusts to your baby, the Ergo baby Omni 360 keeps your baby ergonomically seated in all carry positions (front- inward, front- outward, hip, and back carry). The carrier ensures your baby is always seated in an “M” shape position. MAXIMUM FOR COMFORT FOR YOU – The lumbar support waist belt has double adjusters for easy tightening ensuring maximum comfort by providing the support you need to prevent lower back pain. The carrier’s padded shoulder straps allow for a crisscross option, great for a snug fit or for those who prefer easy buckling on the front DETACHABLE STORAGE POUCH – A detachable storage pouch holds everything you need when you’re on the go (phone, keys, wallet, diaper & wipes) and can be removed for easy washing HIGHEST SAFETY STANDARD – At Ergo baby, we take safety seriously. We hold all of our carriers to higher safety standards than those required by our industry ADJUSTABLE – The Omni 360 carrier is designed to fit all parents. It easily adjusts to fit different wearers from petite to larger body types. All parents can share the joy of baby wearing STRONG, DURABLE, LONG LASTING CARRIER – Can be used for multiple years and multiple babies. All baby safe materials. Carrier retains shape after wash for long-lasting use and comfort BABY HOOD FOR SUN PROTECTION, PRIVACY & EASY TO NURSE IN CARRIER – Provides tailored support for baby’s head while sleeping, privacy, and sun protection HIP HEALTHY – Acknowledged by the International Hip Dysplasia Institute as a hip healthy product

Countries You Can Ship The Ergobaby OMNI 360 Baby Carrier To